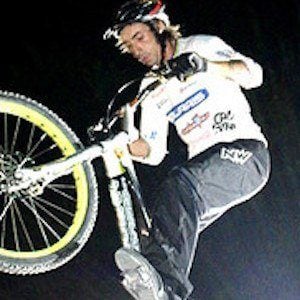 Italian bike trial and stunt rider who's set more than half a dozen Guinness World Records for achievements like scaling Burj Khalifa. He's ridden for Tinkoff Saxo and has shown off his skills in videos like "100% Brumotti" and "Road Bike Freestyle 2."

He first riding bike trials when he was 11 and won the Biketrial World Championship in 2006, then set his first world record a year later.

He's developed a social media presence, with more than 1 million followers on Instagram. He also has more than four million loops on Vine despite having just over 2,000 followers.

He hails from Finale Ligure, Italy.

He and Peter Sagan have both ridden for Tinkoff Saxo.

Vittorio Brumotti Is A Member Of