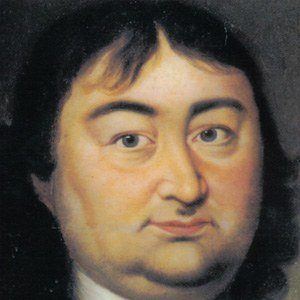 The explorer of the northernmost region between Russia and North America who named the strait the separates the two continents.

Tzar Peter I of Russia appointed him to determine if there was a land bridge connecting Asia to North America.

His first voyage was inconclusive, and so a second one was scheduled though much bigger in scope, which would ultimately lead to his demise.

He was born into an affluent family, but instead of following his brothers to college he joined the navy.

The explorer James Cook named the Bering Strait after Vitus, knowing that he discovered it first.

Vitus Bering Is A Member Of