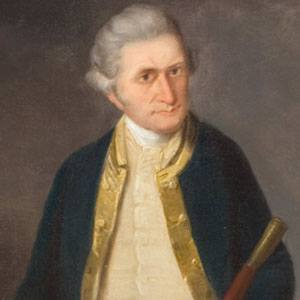 British explorer who mapped the South Pacific, including Australia's eastern coastline and Hawaii. He also completed the first recorded expedition around New Zealand.

He spent three years in a merchant navy apprenticeship, studying mathematics and astronomy.

His life ended when he attempted his second voyage to Hawaii.

He married his mentor's daughter, Elizabeth Batts, in 1762 and he had six children.

William Penn's father was also a member of the Royal Navy.

James Cook Is A Member Of