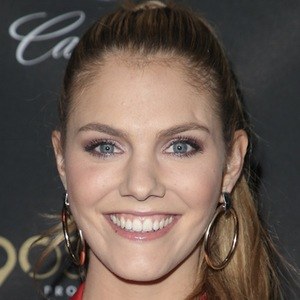 German television host and personality who rose to fame on the ProSieben network's Taff. She is also recognized for her work on the tabloid program Red! Stars, Lifestyle & More.

She appeared as a contestant on the second season of Germany's Next Top Model.

At the 2016 Academy Awards ceremony she was one of ProSieben's red carpet correspondents.

Viviane Geppert Is A Member Of