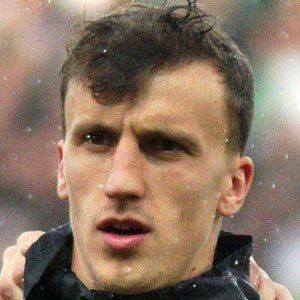 Center back who joined Tottenham Hotspur in 2013 and became a member of Romania's national team in 2011; named 2013 Romanian Footballer of the Year.

He began his youth career at LPS Bacau, then joined Ardealul Cluj, and Benfica before making his senior debut for International in 2008.

He helped lead Steaua Bucuresti to a Romanian Supercup Championship in 2013.

He was born in Bacau, Romania.

He became teammates with captain Michael Dawson on Tottenham Hotspur in 2013.

Vlad Chiriches Is A Member Of