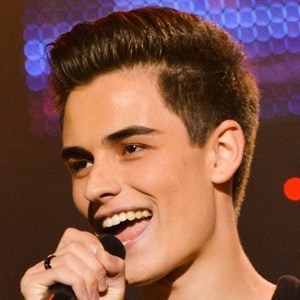 Singer known for his time with the band Street Magic. He won two gold medals in 2005 at the International Performing Arts Championship in Hollywood.

He started singing when he was five.

In 2002, he won first prize at the Applause International Contest in Latvia.

His mother is a housekeeper and his father does engineering in fishing.

He was part of the soundtrack for Junior Eurovision with singer Nicolai Kielstrup.

Vlad Krutskikh Is A Member Of