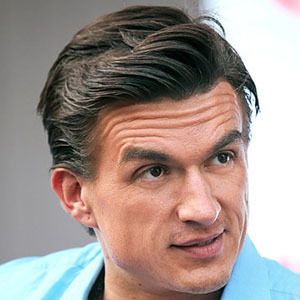 Russian singer and actor who gained national fame when he was a member of the group Smash!! from 2000 to 2006.

While he was young, he studied violin at music school. He received a bachelor of law from the Russian State University in 2002.

He released his first solo album, Lonely Star, in 2006.

His parents are Mikhail and Tatyana Topalova. From 2015 to 2017 he was married to Kseniya Danilina. On October 25, 2018, he married Regina Todorenko.

Sergey Lazarev was the other member of Smash!!

Vlad Topalov Is A Member Of