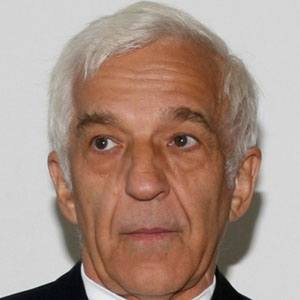 Pianist and conductor from Russia who has performed with renowned orchestras like the London Philharmonic Orchestra and the Chicago Symphony Orchestra. He is a multiple-time Grammy winner in the Best Chamber Music Performance and Best Instrumental Soloist Performance categories.

He became known for breaking with tradition by performing in a turtleneck rather than a suit and running, rather than walking, to and from his piano.

His mother is actress Yevstolia Grigorievna and his father is composer David Ashkenazi.

He won a Grammy for his 1979 collaborative album with violinist Itzhak Perlman.

Vladimir Ashkenazy Is A Member Of