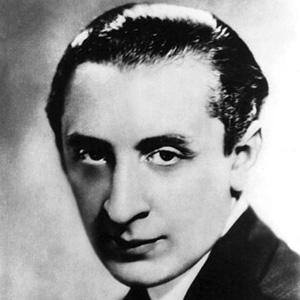 Considered one of the 20th century's greatest pianists. He was known for his tone color and the excitement infused within his work.

He was paid in bread, butter, and chocolate in lieu of money while touring in Russia.

He possessed major doubts about his musical talents and had to be forced to perform, often canceling public appearances because of his creative insecurities.

His career really began as a means to support his family after they lost everything in the Russian Revolution. He married Wanda Toscanini on December 21, 1933.

He received the Presidential Medal of Freedom from President Ronald Reagan in 1986.

Vladimir Horowitz Is A Member Of