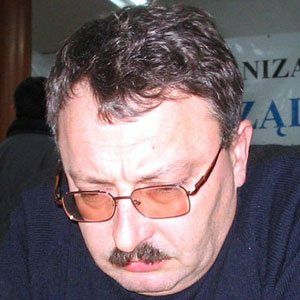 Ukrainian chess master who was perhaps better known for his colorful personality than his abilities over the board.

He began to draw attention for his abilities in the mid-1980s.

He was considered to be one of the top Rapid Chess players in the world. In the FIDE World Chess Championship in 2004, he made it to the second round.

He was born and raised in Ukraine in what was then the Soviet Union.

He was a contemporary of fellow Grandmaster chess player Yuri Balashov.

Vladimir Malaniuk Is A Member Of