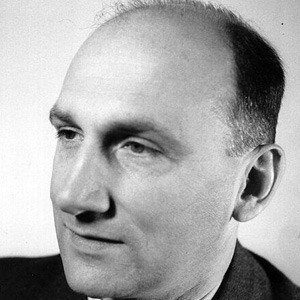 Organic chemist who won the 1975 Nobel Peace Prize in Chemistry for his research into the stereochemistry of organic molecules and reaction. Due to his pioneering efforts Zürich has become one of the most significant centers of modern organic chemistry.

He became interested in chemistry while attending the Osijek gymnasium and had his first scientific writing published when he was sixteen years old.

He researched quinine and its compounds, going on to be responsible for the scientific work that allowed for adamantane to be synthesized.

He is Swiss-Croatian, and Daniel Bovet is also a Swiss scientist.

Vladimir Prelog Is A Member Of