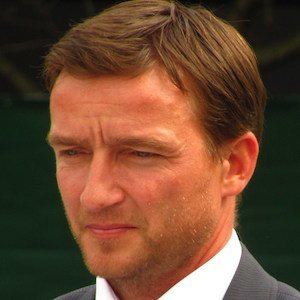 Attacking midfielder who played for four senior clubs from 1992 to 2009, both debuting and ending his career with Slavia Prague.

He played for Czechoslovakia's national team in 1993 before the country dissolved, and then he played for the Czech Republic's team from 1994-2005.

He married Pavlina Vizkova, and has two children with her.

Vladimir Smicer Is A Member Of