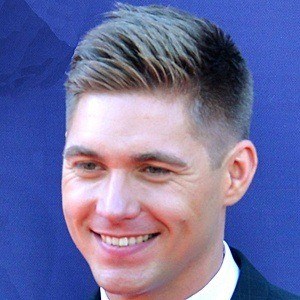 Ukrainian television show host and personality who rose to fame after presenting the 2017 Eurovision Song Contest in Kiev. The 2017 event marked the first time that the show was hosted by three male presenters.

He made his television debut as a voice actor on the series Na Nozhah.

He was a host on the daily television show Morning with Ukraine.

He is originally from Ukraine.

Both he and Oleksandr Skichko hosted the 2017 Eurovision Song Contest.

Volodymyr Ostapchuk Is A Member Of