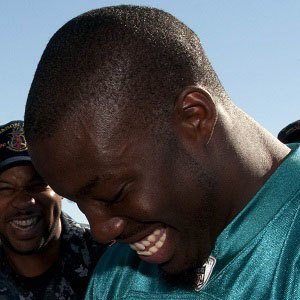 Cornerback who made his NFL debut in 2009 with the Miami Dolphins and signed to play for the Indianapolis Colts in 2012.

He was a wide receiver and cornerback at Dunbar High School in Washington D.C.

He was a two-time first-team All-Big Ten selection at the University of Illinois.

He grew up in Washington, D.C. with a brother named Vernon. He married Megan Harpe in 2015.

Running back Ricky Williams was his teammate in Miami.

Vontae Davis Is A Member Of