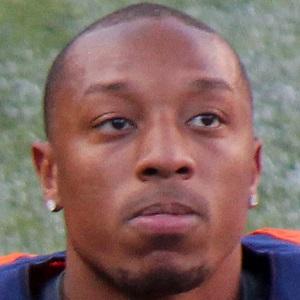 He became an undrafted free agent in the 2011 NFL Draft, despite being an All-American honorable mention at the University of Kansas.

He was a three-sport varsity athlete during his senior year at Oklahoma's Bixby High School.

He married his college sweetheart Leah Harris in 2011.

He became teammates with Peyton Manning on the Denver Broncos in 2012.

Chris Harris Is A Member Of