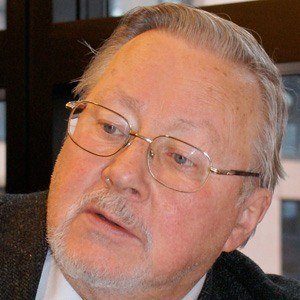 Lithuanian conservative politician who became the first head of state of Lithuania after its independence in 1990.

He assumed office as a member of the European Parliament in 2004.

He and Kazys Grinius were both Lithuanian politicians.

Vytautas Landsbergis Is A Member Of