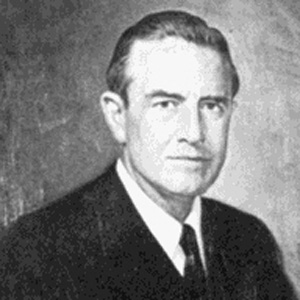 American ambassador to the Soviet Union who led talks between the two countries during the crucial years of WW II. He also served as the 11th United States Secretary of Commerce under Harry S Truman and as the 48th Governor of New York from 1955 to 1958.

He began in the family business, as an executive with the Union Pacific Railroad Company, and from 1940-41, who served on the National Defense Advisory Commission.

He travelled to the USSR to negotiate the Lend-Lease Act, which gave the Russians much-needed war materiel, and after the war supervised the European recovery programs.

He was married three times, including to Pamela Harriman, who was previously the wife of Winston Churchill's son.

In the 1960s he was John F. Kennedy's chief negotiator of the Nuclear Test Ban Treaty with the Soviet Union.

W Averell Harriman Is A Member Of