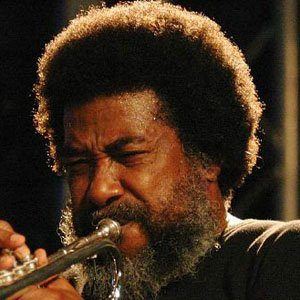 Avant-garde jazz trumpeter and composer who was nominated for the 2013 Pulitzer Prize for Music.

He began playing drums and French horn in his childhood, ultimately deciding to play only trumpet.

He formed his own jazz group The Creative Construction Company and started his own label to give himself full creative freedom.

He grew up in Leland, Mississippi. His family noticed his talent early on.

His 1998 album "Yo, Miles!" was a tribute to Miles Davis' early-1970s "electric" period when Davis used powered instruments.

Wadada Leo Smith Is A Member Of