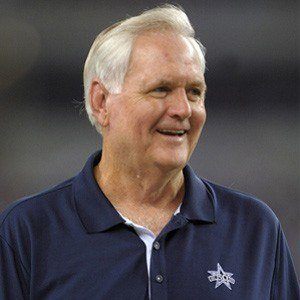 He held a record for career assisted tackles at the University of Houston, where he played as a linebacker.

He coached the 2007 Cowboys team, which went 13-3, but lost to the Giants in the divisional round of the playoffs.

His father was also a football coach, leading the Houston Oilers in the 1970s.

He helped develop Cowboys quarterback, Tony Romo but they could never break through and win a big playoff game together.

Wade Phillips Is A Member Of