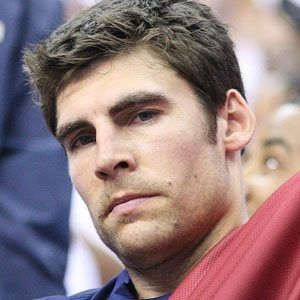 Retired basketball forward most famous for his years with the Minnesota Timberwolves, where he played from 1999 to 2006. He had previously won gold medals representing the United States FIBA Americas Championship and Goodwill Games.

He set a Timberwolves single-game scoring record with 44 points in April 2003.

He was teammates with Kevin Garnett in Minnesota.

Wally Szczerbiak Is A Member Of