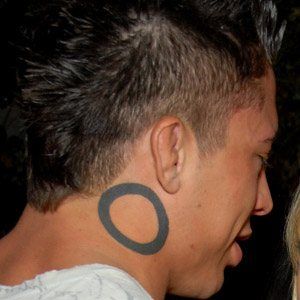 MMA fighter who rose to fame on the reality show The Ultimate Fighter: Team Hughes vs. Team Serra. He fought in the UFC but was released after making disparaging remarks about late UFC fighter Evan Tanner.

He was expelled from The Citadel, The Military College of South Carolina for bad behavior.

He has pursued an adult film and modeling career, posing in Hustler Magazine with adult actress Christy Mack in January 2014. He and Mack dated, then in August 2014, warrants were served for his arrest after he allegedly broke into Mack's house and viciously attacked her.

He was born Jonathan Koppenhaveris and legally changed his name to "War Machine" in 2008. HIs father was an LAPD officer.

He defeated Roger Huerta via technical knockout on November 26, 2011.

War Machine Is A Member Of