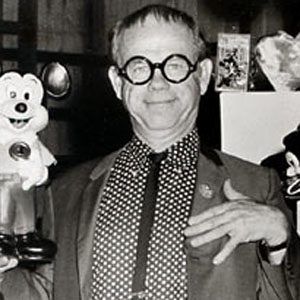 Famous animator and cartoonist,who is recognized for being one of Disney's Nine Old Men. In 1960, he won the Academy Award for Best Animated Short for It's Tough to be a Bird.

Prior to working in animation, he played in the seven-piece Dixieland band Firehouse Five Plus Two.

For his work on the short film It's Tough to be a Bird, he won the 1960 Academy Award for Best Animated Short.

He was raised in Minneapolis, Minnesota.

He worked as a writer on the Disney film Babes in Toyland, which starred actor Ray Bolger.

Ward Kimball Is A Member Of