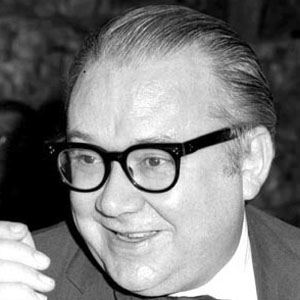 Cartoonist most recognized for his comic series, Pogo. In 1951, he was named Cartoonist of the Year by the National Cartoonist's Society.

He worked as a crime reporter before hitting it big as a cartoonist.

In 1995, he was inducted into the Will Eisner Hall of Fame.

He was born to Irish parents, Walter and Genevieve.

Walt Kelly Is A Member Of