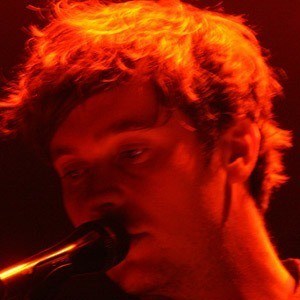 Born Ernest Greene and known to his fans as "Washed Out," this pop and electronica vocalist and songwriter released two albums – Within and Without and Paracosm – between 2011 and 2013. His chillwave-genre singles include "Eyes Be Closed" and "Feel It All Around."

After graduating from the University of Georgia and subsequently earning an advanced degree in library science, he gave up the idea of becoming a librarian in favor of producing music from his home studio. He uploaded his early recordings to his MySpace page.

In 2011, he signed with the Seattle-based Sub Pop record label.

He was born and raised in Perry, Georgia.

His song "Feel it All Around" is used as the opening theme music for the Fred Armisen sketch comedy series Portlandia.

Washed Out Is A Member Of