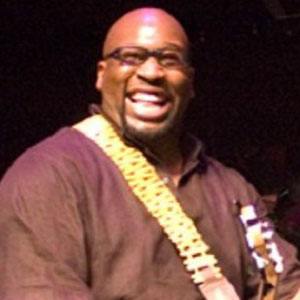 3-time All-American power forward at the University of Oklahoma who won a gold medal on the 1984 U.S. Olympic Basketball Team and was the second overall pick in the 1985 NBA Draft.

He became more interested in basketball after he learned how to dunk in eighth grade.

He became a very successful musician, recording eight albums and one of them, called Face to Face, reached number one on the contemporary jazz chart.

His father was Louis Tisdale and he was married to Regina Tisdale.

The album American Ride by Toby Keith was dedicated to Tisdale's memory.

Wayman Tisdale Is A Member Of