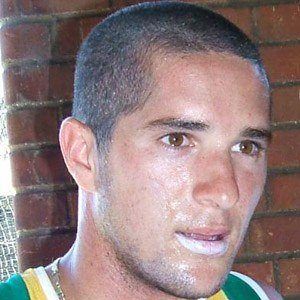 Cricket bowler who has represented South Africa in Tests, ODI's and Twenty20. He was named as the CSA U19 Cricketer of the Year while with Eastern Province.

He was born in Port Elizbeth and debuted for Eastern Province in 2006.

He is the youngest child in his family by seven years. He married Aisha Baker Parnell in 2016.

He was teammates with Faf Du Plessis on the South African team which played in the 2011 Cricket World Cup.

Wayne Parnell Is A Member Of