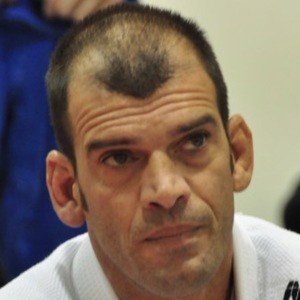 Brazilian jiu-jitsu practitioner and black belt representative of the Royler Gracie Jiu-Jitsu Association. He is known for being a multiple-winning Pan American Champion and is nicknamed "megaton".

He was once the only Brazilian jiu-jitsu competitor to have competed in all 23 World Jiu-Jitsu Championships.

He was born and raised in Rio de Janeiro, Brazil.

He has trained and coached Mackenzie Dern and Evan Dunham who went on to become professional MMA fighters.

Wellington Dias Is A Member Of