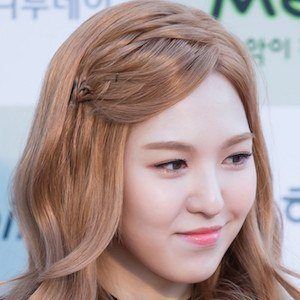 Son Seung-wan, simply known as Wendy, is a South Korean singer best known as a member of the k-pop girl group Red Velvet. The group released their debut album The Red in 2015 and have made numerous television appearances.

At only five years old, she decided she wanted to become a singer. However, in 2010, she auditioned for the Koreaboo: Cube Entertainment Global Auditions and was chosen by G.NA for the finals.

In 2016, she appeared as a panelist on We Got Married and participated on the series King of Mask Singer.

Both of her parents are avid music lovers. She has an older sister, Son Seung-hee.

In March 2016, she released the collaborative single "Spring Love" with Eric Nam.

Wendy Is A Member Of