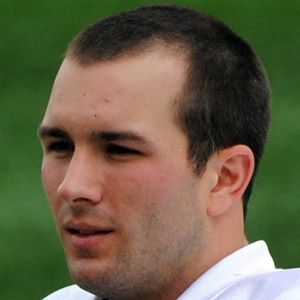 Slotback who began his CFL career with the Saskatchewan Roughriders in 2008. He was named to his first CFL All-Star game in 2009. He signed with the Winnipeg Blue Bombers in 2016.

He was named 2003 Gatorade High School Player of the Year while playing for Bismarck High School.

He played college football at the University of North Dakota and caught 75 passes for 1,274 yards during his senior season.

He was born to Rick and Val Dressler.

He became teammates with Dominique Davis on the Blue Bombers.

Weston Dressler Is A Member Of