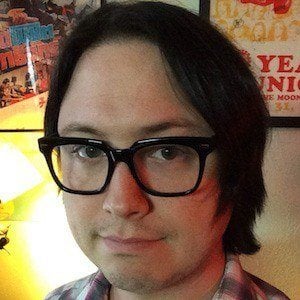 American actor who played roles in the popular films Dazed and Confused in 1993 and Waking Life in 2001. He amassed over 10 on-screen acting roles throughout his ongoing career. In 2008, he starred as Alvin in the comedy Goliath.

He was 16 years old when he played one of his first roles in Dazed and Confused.

He started a weblog called It's Not For Everyone in which he writes about film, art, and technology. He was credited in the animation department for the movie Waking Life.

His uncle is Lanny Wiggins who was a member of Janis Joplin's band The Waller Creek Boys. He was married to Tamara Wiggins from 2002 until 2005.

He co-starred with Ben Affleck in the film Dazed and Confused.

Wiley Wiggins Is A Member Of