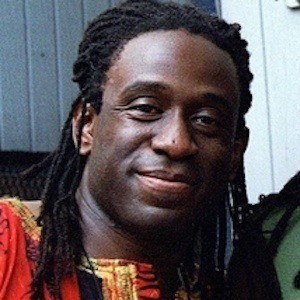 Drummer known for being a member of the band Living Colour, with whom he recorded the platinum and gold albums Vivid and Time's Up. He's also been a part of Stone Raiders and Jungle Funk.

He attended Berklee College of Music and joined Living Colour in 1986. He was named Best New Drummer by Modern Drummer in 1988.

He grew up in the Bronx.

He and Vernon Reid have played together in Living Colour.

Will Calhoun Is A Member Of