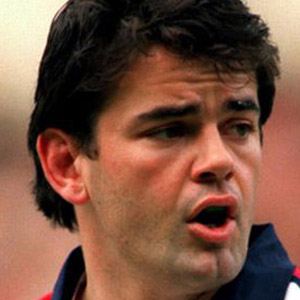 He received a degree in Psychology from Hatfield College, Durham.

He served in the Royal Regiment of Wales, achieving a ranking of Second Lieutenant.

His father Bill Carling was a Lt. Colonel.

He and Fran Cotton both starred on the English national team.

Will Carling Is A Member Of