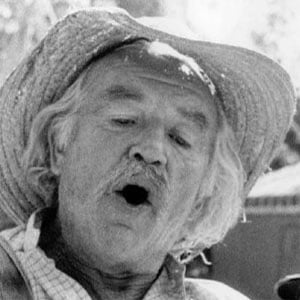 Played the role of Grandpa Zebulon Tyler Walton in the 1970s CBS series, The Waltons.

He started out following in his grandfather's footsteps and got a bachelor's and a master's degree in botany, but then decided to pursue acting.

As a prominent leftist, he toured the U.S. work camps with Woody Guthrie during the Great Depression and he was blacklisted by Hollywood during the McCarthy era.

He grew up idolizing his grandfather, who had an extensive knowledge of plants and made a small fortune during the Gold Rush.

Will Geer Is A Member Of

The Waltons
Born In 1902
TV Actors
First Name Will