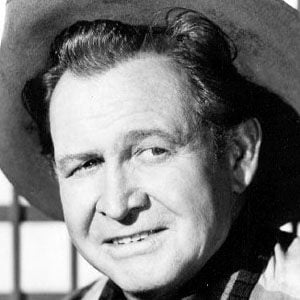 Though he acted in over a hundred films and in episodes of close to thirty television series, this American screen actor is best remembered for his role as Martin Peterson in the 1960s series I Dream of Jeannie.

After playing football at Connecticut's Wesleyan University, he made his screen debut in a 1926 sports movie titled The Quarterback.

During the late 1920s, he appeared in Broadway productions of The Trial of Mary Dugan, Subway Express, and Gods of the Lighting.

He grew up in Columbia, South Carolina, and later lived in Connecticut, New York City, and Los Angeles. His marriage to Charlotte Wynters MacLane lasted from the late 1930s until his death in 1969.

He and Humphrey Bogart appeared together in two Academy Award-nominated movies: The Maltese Falcon and The Treasure of the Sierra Madre (the latter film received the Oscar).

Barton Maclane Is A Member Of