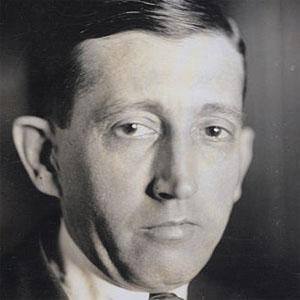 Former President of the Motion Picture Producers and Distributors of America. He created the first standards of decency for Hollywood productions.

To combat the growing perception of Hollywood as a den of immorality promoted not only on screen, but in many publicized scandals, he headed a self-censoring group of Hollywood elite.

Among other depictions the Hays Production Code prohibited childbirth, the mixing of races, and excessive and lustful kissing.

His son Will Hays, Jr. was the mayor of Crawfordsville, Indiana, and the writer of the musical You're My Everything.

His organization eventually led the Motion Picture Association of America, headed by Jack Valenti and other presidents in the continuing the struggle of balancing art and decency.

Will H. Hays Is A Member Of