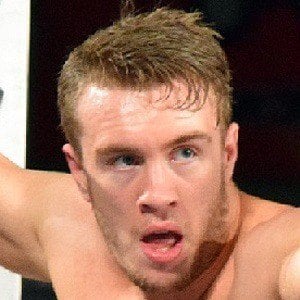 Professional wrestler who began competing for New Japan Pro Wrestling in 2016. He is known for wrestling moves such as the 630° senton and the Corkscrew shooting star press.

His wrestling career started when he began doing backyard wrestling, going by the name Ace Pain. In 2012 he began wrestling for Progress Wrestling.

His popularity has earned him more than 180,000 followers on Twitter.

He is from Havering, England. He has been with fellow wrestler Bea Priestley since 2017.

He has been a fan of pro wrestler Eddie Guerrero since he was a child.

Will Ospreay Is A Member Of