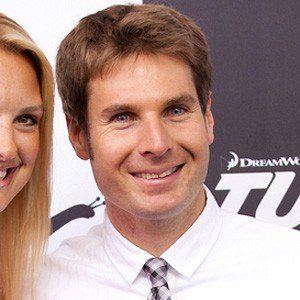 IndyCar Series driver who won his first series race in 2009, the Rexall Edmonton Indy, racing for Team Penske; finished second in points in 2010.

His racing career started in Queensland at the Morgan Park Raceway.

He was an Izod IndyCar Series Mario Andrettii Road Course Champion in 2010 and 2011.

He married Elizabeth Cannon in December 2010 in a sunset ceremony at Kaanapali Beach in Maui.

He was a voice actor in the animated movie "Turbo," starring Paul Giamatti.

Will Power Is A Member Of