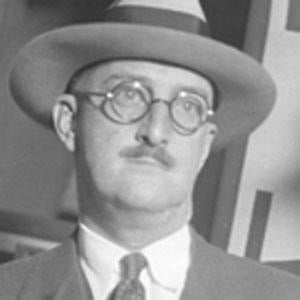 Founder of the Boeing aircraft company.

He took an interest in aviation after catching a ride in a rickety plane in his childhood.

He built a couple of early planes that he used for delivering mail, but ultimately it was World War I that grew his business.

He was born the son of a prosperous German immigrant.

His company's fortunes changed somewhat post-WWI, as President Franklin D. Roosevelt made it illegal for private companies to both make planes and run air mail routes.

William Boeing Is A Member Of