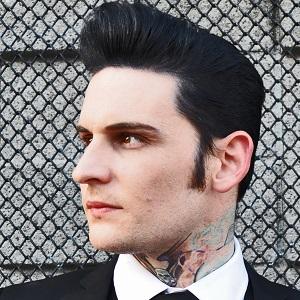 Lead vocalist and multi-instrumentalist known for his electronic music project William Control. He was also the lead vocalist for the punk rock band Aiden.

He was initially the bass player for Aiden when the group formed in 2003, but when the original lead singer quit, he took over.

He was signed with Victory Records before starting his own independent label, Control Records.

He was born in Seattle, Washington. He has a son named Phineas.

With Aiden, he toured as a supporting act to Jared Leto's Thirty Seconds to Mars.

William Francis Is A Member Of