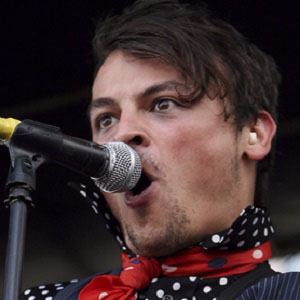 Famous for his work with the Northern California-based pop-punk group Matches, this vocalist and rhythm guitarist released three albums with the band in the early 2000s: E. Von Dahl Killed the Locals (2004), Decomposer (2006), and A Band in Hope (2008).

He and his bandmates founded Matches (originally named The Locals) in 1997, when they were students at Bishop O'Dowd High School in Oakland, California.

Also a member of a music project called Maniac along with Jake Grigg, he recorded a 2010 EP titled Extended Play. A visual artist as well as a musician, he contributed cover art to albums by the New York bands Shudder and Matchbook Romance.

He was raised in Berkeley and Oakland, California. A passionate vegan, he was once featured in a YouTube video produced by PETA.

He and Matt Skajem are both pop-punk singers from California.

Shawn Harris Is A Member Of