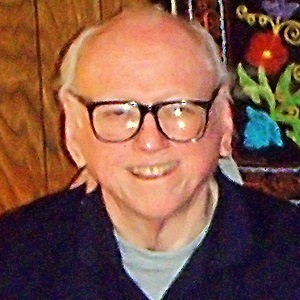 An American author of works in the science fiction, fantasy, and horror genres, he also wrote for Playboy, Sports Illustrated, and other popular magazines. He is known for his Logan series of novels, as well as for his Black Mask, Kincaid, and Sam Space books.

He studied at the Kansas City Art Institute and subsequently worked for Hallmark as a greeting card writer and illustrator.

He co-wrote the screenplay for the 1976 film, Logan's Run.

He grew up in an Irish Catholic family in Kansas City, Missouri. He later married fellow writer Cameron Nolan.

He was a close friend of Ray Bradbury.

William F. Nolan Is A Member Of