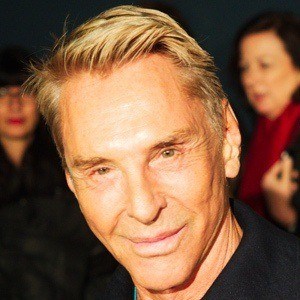 German fashion designer who founded the world-famous fashion and cosmetics company JOOP! as well as the high-end fashion label WUNDERKIND. He is the author of numerous books, including the novel Im Wolfspelz and the cookbook Hectic Cuisine.

He moved to Braunschweig, Germany at age nine. He worked as a fashion journalist before winning a design competition, at which point he pursued fashion designing full-time.

He personally designed the bridal gown worn by Princess Sophie of Isenburg during her marriage to Prince Georg of Prussia.

His daughters are fashion designer Jette Joop and author Florentine Joop. He was married to Karin Joop-Metz from 1970 to 1985.

He appeared alongside supermodel Heidi Klum as a judge on Germany's Next Top Model.

Wolfgang Joop Is A Member Of