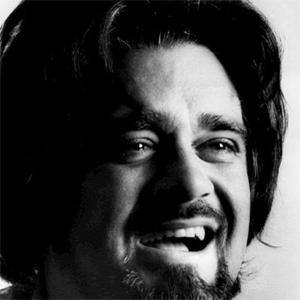 Raspy rock 'n' roll radio and television disk jockey who was known for dressing flamboyantly and was popular during the 60's and 70's.

After selling encyclopedias door-to-door, he began attending the National Academy of Broadcasting in Washington, D.C., where he graduated in 1960.

Not only did he appear in the classic film American Graffiti but he own a fraction of a percentage point of the film, which ended up being a steady source of income for the rest of his life.

He got married to Lucy Lamb in 1960 and they had 2 children together.

He was once a famous gravelly-voiced American DJ, similar to DJ Casey Kasem.

Wolfman Jack Is A Member Of