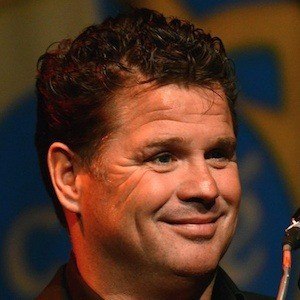 Legendary Dutch singer who has become known for hit singles like "Ik heb de hele nacht liggen dromen" and "Niet normaal." He is also particularly known for the #1 hit song "VIva Hollandia released in 2008. Since his debut in 1994, he has released nearly a dozen successful albums.

At only six years old he began learning to play the drums and eventually began taking singing lessons in 1984.

In 2012, he became a participant on the AVRO television series Maestro.

He married Tessa Dijkstra in 2007 and they have three children: Pamela, Thomas Valentijn, and Wolter Kroes Jr.

Wolter Kroes Is A Member Of