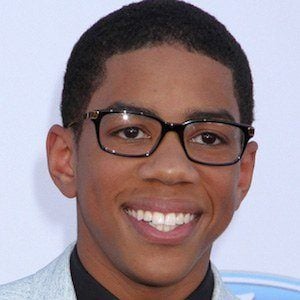 Rose to fame as the son of comedian and television personality Steve Harvey. He has called his father his idol and served as a special host on his father's talk show.

He joined Twitter in August 2013 and posted the inaugural tweet: "Thanks for all the warm welcomes everyone!"

He has been featured on his father's self-titled YouTube channel in videos like "Wynton & Lori pack for college" posted in September 2015.

He is the son of his father's second wife, Mary Lee Harvey. He has three older half-siblings through his father's first wife, Marcia: Karli, Brandi, and Broderick. He began dating blogger Taylor Gordon after meeting in July of 2016.

Marjorie Bridges became his stepmother after she and his father married in 2007.

Wynton Harvey Is A Member Of