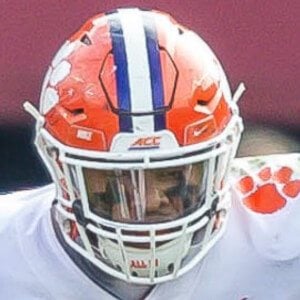 American football player who shot to fame as a star defensive end for the Clemson University Tigers. During his first season as a reserve, he earned Freshman All-America honors from USA TODAY and The Athletic.

He was once ranked the #1 high school defensive end in the nation by 247Sports, ESPN, PrepStars and Rivals.

He's picked up a large fan base on social media with more than 30,000 followers on Twitter alone.

His daughter Zaya was born in August 2018.

He became coached by Dabo Swinney after being recruited by Clemson.

Xavier Thomas Is A Member Of