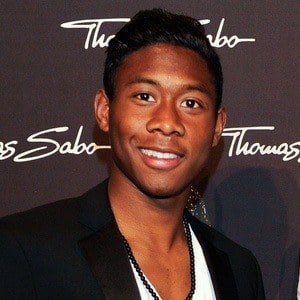 Full-back and midfielder who joined Bayern Munich in 2010 and became part of the Austrian national team in 2009. He began playing for Real Madrid in 2021.

He joined the youth team FK Austria Wien when he was only 10.

In 2012, he scored a crucial goal against Kazakhstan during a 2014 World Cup qualification match.

His father was a rapper and DJ, born of Nigerian descent. He grew up alongside his sister.

He joined Thomas Muller on Bayern Munich in 2010.

David Alaba Is A Member Of