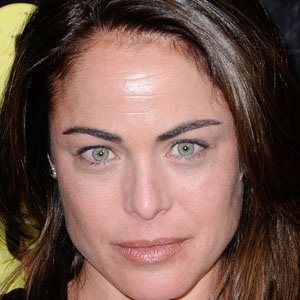 Accomplished TV and film actress whose credits include The Mentalist, Witchblade, and As the World Turns. She also appeared in the movie Drop Zone.

She had her first big break in the 1993 film Hard Target, which starred Jean-Claude Van Damme.

She played Ava Jenkins for several episodes of the soap opera As The World Turns in 2007.

Her father is Joe Butler, the drummer for The Lovin' Spoonful.

She was in the 2007 film Drop Zone alongside Wesley Snipes.

Yancy Butler Is A Member Of