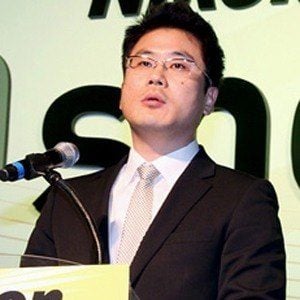 South Korean business executive who is widely recognized for having co-founded the entertainment giant YG Entertainment with his older brother Yang Hyun-suk. With the company he is known for having to help launch the careers of groups such as Big Bang.

He entered the entertainment industry in 1997 at his brothers insistence.

He is the younger brother of Yang Hyun-suk.

In 2014 he was able to secure contracts for a number of South Korea's largest actors including Cha Seung-won.

Yang Min-suk Is A Member Of