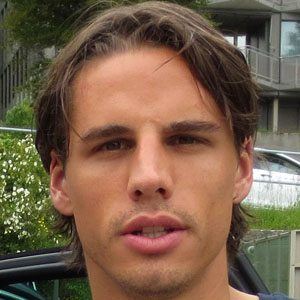 Goalkeeper who joined Borussia Monchengladbach in 2014 after spending four years with Basel. He became a member of the Swiss national team in 2011.

He spent his youth career with FC Herrliberg, Concordia and Basel.

He was born in Morges, Switzerland.

Yann Sommer Is A Member Of